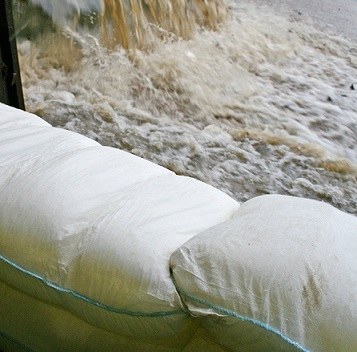 Parts of the UK are today under water after storm force winds and heavy rain battered Britain.

Dozens of people have been evacuated from their homes as flooding hits parts of the UK … and Scotland is now forecast to have heavy snowfall.

But over the coming days BBC forecasters say it will turn drier but far colder with overnight frosts.

Lancashire Constabulary said there had been ‘major disruption’ overnight as a result of heavy rainfall.

The Metro reports that Lancaster and Galgate were the worst affected with the A6 closed in both directions and 27 residents housed in two nearby pubs.

The force, along with Lancashire Fire and Rescue Service, the Environment Agency and Lancaster City Council, responded jointly to more than 500 calls related to flooding and attended more than 100 incidents across the county.

The Isle of Anglesey has also been hit hard with the majority of the island’s major roads flooded ‘at some point’, including the A55 dual carriageway in both directions. Travel to Holyhead Port has been ‘severely disrupted.

North Yorkshire Police said ‘a number of vehicles’ had been recovered from floodwaters and a stretch of the A65 south of Ingleton was closed with considerable disruption expected in the area. Two lanes of the southbound carriageway on the M6 were closed between junctions 35 and 36 in south Cumbria due to flooding and an overturned vehicle.

Large parts of Scotland are braced for snow with up to 8ins on the highest ground, the Met Office said.

* Many homes and businesses now have a pack of FloodSax sandless sandbags (pictured in action) so they are ready for any flooding emergency. They are space-saving to store but can be transformed into sandbags within minutes simply by adding water.