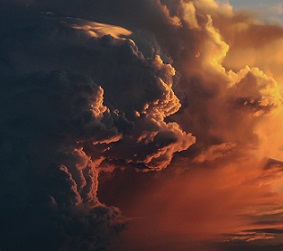 For scientists have examined rainfall around the world for the past 50 years to predict rainfall in the future and have come to the somewhat depressing conclusion that the world will suffer more torrential rain with frequent flash floods.

The reason for this, according to online publication Climate News Network, is rising global temperatures.

Scientists have measured rain increase across most of Europe, the US midwest and northeast, Canada, northern Australia, western Russia and parts of China.

The scientists, based in Canada, analysed 8,700 daily rain records from 100,000 stations worldwide that monitor rainfall. They found that between 1964 and 2013 the frequency of heavy downpours increased with each decade.

Simon Papalexiou from the University of Saskatchewan said: “If global warming progresses as climate model projections predict we had better plan for dealing with frequent heavy rain right now. Our study of records from around the globe shows that potentially devastating bouts of extreme rain are increasing decade by decade. We know that rainfall-induced floods can devastate communities.”

Climate News Network says that as temperatures rise, evaporation increases. A warmer atmosphere can absorb more moisture and capacity increases by 7% with each extra degree Celsius on the thermometer. Moisture absorbed into the atmosphere will inevitably fall again.

It can be catastrophic as floods caused by rain have claimed half a million lives since 1980. Away from the human tragedy the impact is colossal as torrential rain washes crops away and causes massive damage to buildings, roads and bridges.

For more on this story go to https://climatenewsnetwork.net/very-heavy-rain-bouts-are-on-the-way/

It’s always best to be prepared for flooding 24/7. One proven anti-flooding device are FloodSax alternative sandbags which are space-saving to store and easy to deploy. Once they come into contact with water they inflate to weigh 20kg (44lbs) which makes them more effective than traditional sand bags at keeping floodwater out.

They are available from branches of Travis Perkins builders’ merchants and other suppliers. See http://www.floodsax.co.uk/buy/uk-suppliers/ for more information or phone 01484 641009.