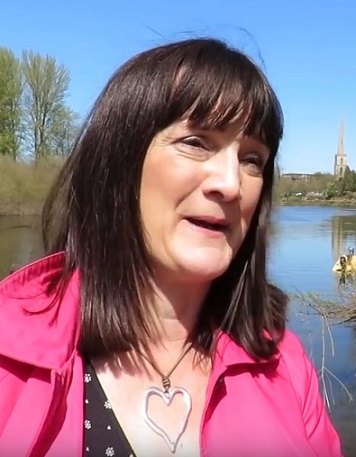 Mary Dhonau who has suffered the misery and trauma of flooding

How flooding can lead to depression … and leaves children traumatised

Flooding can take a tremendous toll on people’s mental health with a new survey suggesting it can increase the chance of depression by 50%.

Few things in life can be as stressful as suffering the trauma of being flooded.

For businesses this can quickly lead to massive insurance claims with the need to find a temporary base to operate from while the premises are being repaired and stock replenished. Staff may need to be laid off and in some cases the business may never reopen.

If a home is flooded then again families need to relocate or live in temporary accommodation, sometimes for months, while the damage to prized and sentimental possessions can be catastrophic. Then there will be all the hassle of dealing with insurance companies and organising for the house to be made habitable again. This can go on for months.

All these scenarios are extremely stressful – but this can be avoided if people and businesses prepare themselves for flooding. After all, most have a plan is a fire broke out but very few have a plan for flooding.

According to the Environment Agency low-income households are eight times more likely to live in floodplains and 61% of low-income renters do not have home contents insurance.

Worcester resident and flood resilience campaigner Mary Dhonau, 58, has seen her house flooded on many occasions, with the worst bringing a torrent of waist-height sewage into her family home in 2000. It had a devastating impact on her family and their neighbours.

Mary said: “When my street flooded in 2000 we had just found out my youngest son was severely autistic. The bewilderment when he realised the flood had ruined his toys was devastating. One of my neighbours who is severely agoraphobic had to move out of her house and another who had been recently widowed found all her wedding photographs had been ruined by the floodwater. Living through a flood is the most appalling experience and really does compound issues you are already dealing with.”

The Environment Agency has created a short film showing the devastating impacts that flooding has on a home and family. The film, narrated from a child’s perspective, shows a dolls house with mouldy walls and carpets, ruined family photographs and toys, simulating the real damage that flooding causes. Click this link to view the short film.