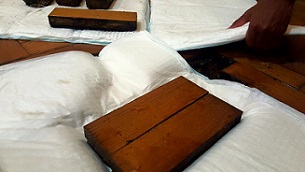 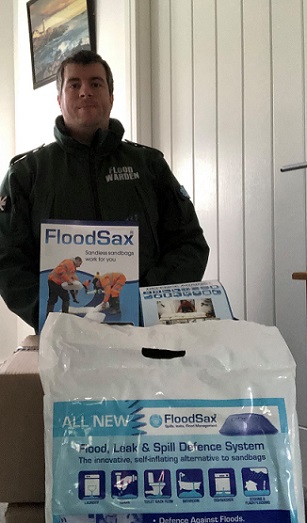 How FloodSax alternative sandbags are sustainable environmentally, socially and economically

FloodSax are designed as an environmentally-friendly alternative to traditional sandbags that can help people avoid severe mental health problems while saving them potentially a lot of money.

Few other products can meet such a wide-ranging sustainability criteria.

Sandbags use one of the earth’s natural resources – sand - but can also rapidly deteriorate and the spilled sand is then notoriously hard to clean up, causing more environmental damage.

They are also heavy and take up vast amounts of storage space in large warehouses, using up land and construction materials to build and energy to light and heat.

When deployed, ordinary sandbags need large vehicles such as lorries to take them anywhere at another cost to the environment from the vehicle’s engines churning out carbon monoxide which is toxic to humans and carbon dioxide, a greenhouse gas which is thought to be a major contributory factor to climate change.

FloodSax are vacuum-packed for neat, easy storage with one box of 20 equal to 20 sandbags on a pallet. Hundreds can be taken to the scene by one person in a car and thousands transported in a van. This vastly reduces the carbon footprint of transporting the FloodSax.

We asked for an independent report which concluded that tCO2 per km is 0.0002 to deliver 600 FloodSax and 0.0163 to deliver 600 sandbags. Based on the Carbon Reduction Commitment carbon levy of £12 per tonne of carbon (this is where companies over a certain size, including local authorities, have to pay a tax per tonne of carbon emitted) the cost per km is £0.000017 for 600 FloodSax compared to £0.0014 per km for 600 sandbags. FloodSax have been designed to be biodegradable and can be disposed of in landfill.

FloodSax are lightweight before they are used with the standard bag weighing just a few ounces so can be used by people who would not be able to lift sandbags such as the elderly and disabled. They have been endorsed by the National Disabled Fire Association as the best alternative to traditional sandbags.

Suffering from flooding is as miserable and traumatic an experience as anyone is likely to suffer in life. Floodwater causes immense damage, forcing people out of their homes for months and causing severe mental health problems but this can be avoided by having a pack or box of FloodSax so people are prepared for flooding 24 hours a day, seven days a week and 365 days a year. Local authorities in the UK have no responsibility to provide sandbags to anyone – either homeowners or businesses.

Studies have shown there is an increase in antidepressants prescribed after an area has suffered from serious flooding.

According to Public Health England: “Flooding can have profound effects on people’s mental health and well-being that may continue over extended periods of time. Distress is a common reaction for people following a flood.”

FloodSax are better for people’s health. The white outer casing of the bag has been designed to show up when it has been used along with any contaminants such as sewage. These will not show up on a traditional sandbag. It means the area can then be cleansed to protect public health.

FloodSax are made by Environmental Defence Systems Ltd, a UK company that looks to help people as and when the need arises and one example was a church that was flooded in South Africa. EDS Ltd provided free FloodSax to help them. The Durban church was badly flooded and worshippers feared their 100-year-old wooden floor had been damaged beyond repair.

After the FloodSax saved the day by soaking up the water and having enough FloodSax to prevent future floods the leaders sent EDS Ltd managing director Richard Bailey a message saying: “We are so grateful for your generous heart. Our church is water free and will be safe from future water damage.”

The damage caused by any kind of flood can be astronomical with insurance claims from floods typically 37 times greater than from burglaries. The typical average claim in the UK after a flood is £31,000 for homes and £70,000 for businesses.

By stopping a flood using FloodSax it would save all the cost of repairs and the vast amount of raw materials needed to do the full renovation.

FloodSax are used by many flood action and prevention groups nationwide. Environmental Defence Systems Ltd helped a group in Clitheroe, Lancashire, England by giving them some FloodSax which they used a few weeks later to protect homes and businesses, saving countless thousands of pounds in flood damage.

Chris Peel, volunteer team leader for Clitheroe Flood Action Group (FLAG), said: “We can’t thank Richard enough for his help. It means we can help many people in the area who are at a real risk of flooding.”