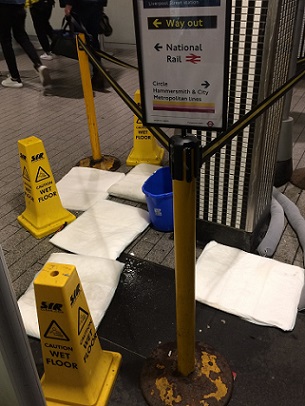 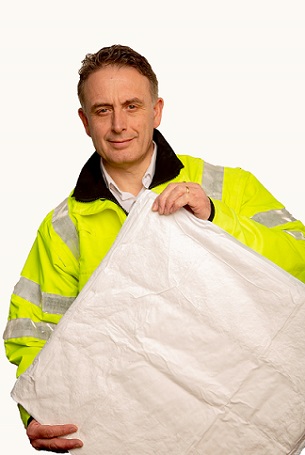 London is facing a flooding crisis after it was revealed that almost half of hospitals, one in five schools and a quarter of London’s rail stations are already at risk of flooding.

The statistics revealed by City Hall also say around 200,000 homes and workplaces are at medium or high risk of surface water floods.

Hackney, Brent, Tower Hamlets, Newham, Islington, Hammersmith and Fulham are all at particularly high risk of flooding. London Underground (https://tfl.gov.uk/maps/track/tube) stations have already been flooded this year and anti-flooding devices such as FloodSax sandless sandbags are already used on the Tube to stop floodwater in its tracks or soak it up.

The news comes after the capital was badly hit by flooding in July with heavy rain causing millions of pounds damage to homes and businesses.

And it comes ahead of the city’s expansion of its ultra-low emission zone up to the North and South Circular which covers around 3.8m people and will come into effect from October 25.

Mr Khan said: “We either take bold action now or face the consequences with catastrophic impacts on our environment, the air we breathe and the climate.

“I’m determined for London to be a world leader in tackling the twin dangers of air pollution and the climate emergency so that we can deliver a brighter future for London – one that’s greener, fairer and more prosperous for everyone.”

Mr Khan is committed to making London a zero-carbon city by 2030 and expanding the ultra-low emission zone to prevent children growing up breathing toxic air.

He added: “We are already seeing the catastrophic impacts of air pollution and climate change in our capital and our country.”

Flash flooding can happen anywhere at any time with people having virtually no time to react which is why many homes and businesses now have FloodSax sandless sandbags for flood protection and flood mitigation so they are prepared 24/7 to reduce their chances of flood damage.

Local councils have no responsibility to provide sandbags when flooding is forecast or imminent.

FloodSax are space-saving to store and quick and easy to deploy. They are transformed from being as light as a pillowcase to being more effective than traditional sandbags in just three minutes and are ideal at soaking up spills as well as stopping any floodwater.

Almost 3 million have now been sold worldwide for flood resilience, flood protection and flood control. To find out where to get them got to http://www.floodsax.co.uk/buy/uk-suppliers/