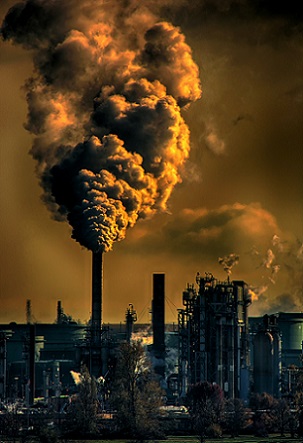 There is a desperate need to cut emissions to avoid catastrophic climate change. Photo by Chris LeBoutillier on Unsplash. 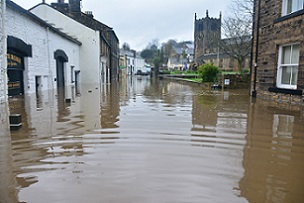 A wall of FloodSax alternative sandbags protecting a property

How manmade climate change is causing more and more flooding

Climate change is set to reach critical levels within the next 20 years, say the world’s top scientists.

Fears are growing that the rise in temperature will pass the crucial 1.5°C level of global warming which will lead to increasing severe weather such as flash flooding and this summer’s severe flooding in London has given a glimpse of what could happen regularly within a few years.

In Europe, it predicts that "extreme precipitation and pluvial flooding are projected to increase."

Flash flooding can potentially happen anywhere at anytime and to find out why it can be so dangerous click here.

The report reveals that since 1970 global surface temperatures have risen faster than in any other 50-year period over the past 2,000 years and the past five years have been the hottest on record since 1850.

The report from the Intergovernmental Panel on Climate Change (IPCC) – the United Nations organisation for assessing the science related to climate change – is based on 14,000 scientific papers and says changes to the climate are unprecedented in thousands of years and some of those changes are now irreversible.

They insist the only way to limit the damage is to make strong and sustained reductions in emissions of carbon dioxide and other greenhouse gases but even this would take 20 or 30 years to see global temperatures stabilise.

Yet limiting temperatures to 1.5°C is very tough as the world needs to act fast. Emissions will need to be cut by around 45% by 2030 and to zero by 2050 yet many governments are showing no inclination to try to meet these targets.

Inger Andersen from the UN Environment Programme said the world has failed to heed 30 years of warnings from the IPCC.

UN Secretary General António Guterres added: “If we combine forces now we can avert climate catastrophe. But, as this report makes clear, there is no time for delay and no room for excuses.”

The report called Climate Change 2021: The Physical Science Basis is the first major one since 2013 and Panmao Zhai from the IPCC said: “Climate change is already affecting every region on Earth in multiple ways. The changes we experience will increase with additional warming.

“Stabilising the climate will require strong, rapid and sustained reductions in greenhouse gas emissions and reaching net CO2 emissions. Limiting other greenhouse gases and air pollutants, especially methane, could have benefits both for health and the climate.”

Colleague Valerie Masson-Delmotte added: “This report is a reality check. It has been clear for decades that the Earth’s climate is changing and the role of human influence on the climate system is undisputed.”

Coastal areas will see continued sea level rise throughout the 21st Century leading to more frequent and severe coastal flooding with extreme sea level events that used to happen once every 100 years occurring every year by the end of this century.

Many people don’t realise that they are responsible for protecting their own homes or businesses from flooding.

Councils have no responsibility to provide sandbags and the Environment Agency warns people they are responsible for their own flood protection.

The Environment Agency states: “Don’t assume the authorities will provide you with sandbags in a flood emergency. It’s the responsibility of property owners to take appropriate action to protect their property from flooding. Sandbags are relatively ineffective when compared to purpose-built flood protection products. We strongly encourage people to use these products.”

One of the best known and most widely used flood protection products are FloodSax alternative sandbags. Some councils now realise that FloodSax are so versatile - space-saving to store and quick and easy to deploy - that they recommend them for flood management, flood resilience and flood control.

Gosport Borough Council in Hampshire urges its residents to use FloodSax, saying it has evaluated the bags for flood mitigation. The council adds: “FloodSax have many advantages over traditional sandbags, being easy to store and move, easy to use and, importantly, easy on the environment, having a significantly lower carbon footprint.”

For more information on FloodSax go to our website www.floodsax.co.uk