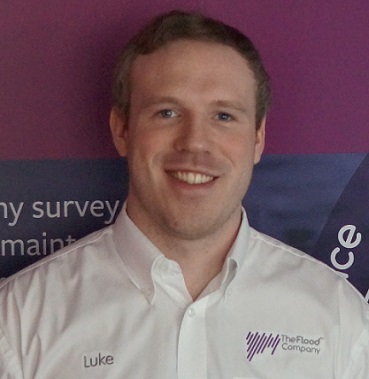 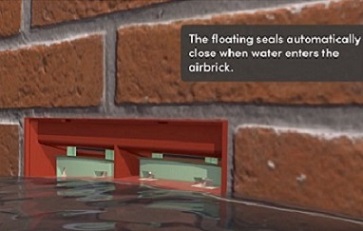 An invention by a young man who dedicated his life to devising anti-flood products before losing a battle with cancer is expected to protect thousands of homes and businesses from floodwater.

Luke Ruddiman was developing a pioneering airbrick that stops floodwater getting into homes and businesses when he passed away last December.

His invention, the Buffalo Anti-Flood Airbrick, is now on the market with a percentage of sales going to cancer charity Maggie’s Yorkshire which supported Luke and continues to help his family and friends. This will add to the £26,000 which they have raised for Maggie’s during the past year.

Luke died eight days after his wedding and just nine months after he was diagnosed with testicular cancer.

The 28-year-old invented the Buffalo Anti-Flood Airbrick - an airbrick that automatically seals itself shut during flooding to prevent water entering a building. He worked alongside his dad, Tony, at The Flood Company based in Huddersfield, West Yorkshire, and earlier in 2018 Luke was recognised as One to Watch by The Manufacturer magazine and listed in Insider magazine’s 42 Under 42.

Tony said: “Luke was very passionate and instrumental in the development and design of the Buffalo Anti-Flood Airbrick right up until to the very end. He was committed to creating products that made a difference to both communities and individuals affected by the devastating impact of flooding as evidenced through the accolades he achieved in 2018. I am delighted we have finally been able to bring his vision for this product to market and will continue to make such a positive difference to those at risk of flooding.”

The Buffalo Anti-Flood Airbrick is the only airbrick on the market to meet the latest BSI Standard BS 85118-2:2019.  It is available to pre-order for January 2020 delivery now from The Flood Company which also sells FloodSax alternative sandbags invented by another Huddersfield company, Environmental Defence Services Ltd.