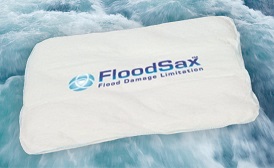 Sad to say the summer doesn’t look like it will be a scorcher.

Looking at the Met Office’s long range forecast for July it looks like ‘changeable’ is the key word with a distinctive north south divide.

The national forecasters say the first week in July and up to Wednesday, July 12 should get off to a dry start for much of the UK although some rain may spread in from the southwest and there is a low risk of thundery outbreaks towards the southeast by midweek.

After that there is some uncertainty but at the moment it looks set to turn more changeable, especially across north western parts where some wet and windy weather is likely.

Towards the south and east it should be drier and brighter although there is still the risk of thundery rain at times here. Temperatures will remain generally around average for the time of year, but there is an increasing chance of a very warm spell, most likely towards the southeast.

The longer term outlook from Thursday, July 13 to Thursday, July 27 suggests that further changeable weather is likely at first, especially in the north with some rain.

In the south the drier and warmer spells are likely to become more prevalent and these could well spread across the rest of the UK through much of July.

People are urged to be ready at all times for heavy rain and the risk of flooding.

One way is to have a FloodSax sandless sandbags in your home and business.

FloodSax are transformed from being as light as a pillowcase to become better than traditional sandbags in around three minutes.

The semi-porous inner liner within FloodSax contains a special gelling polymer which absorbs the water to become taut.

Before they are activated FloodSax are incredibly lightweight, weighing just 7 ounces and so are easy to store yet once expanded they are strong enough to stop a powerful torrent of water in its tracks.

They can be deployed outside as a barrier to prevent floodwater from getting into homes or business or inside to soak up spills in hard-to-reach places.