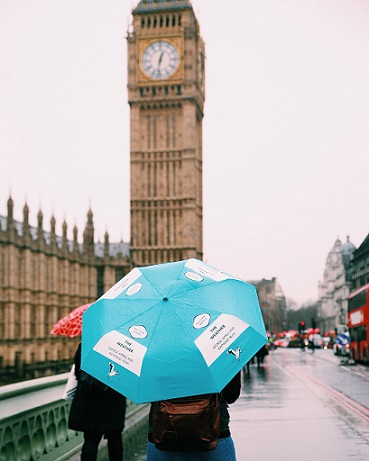 You may need a brolly in May

What’s the weather going to be like in May 2020 according to the BBC and Met Office?

We’ve had a great April but what’s the weather forecast for May?

Well, in short, make the most of the rest of April as it’s expected to turn showery and cooler in May. Here’s why but also a reason why May could be better than the current forecast.

Both the Met Office and BBC forecasters agree that the recent high pressure will be replaced with low pressure, bringing wetter and breezier weather.

The end of this weekend will see the start of the change with a northerly breeze sending temperatures down and the first half of next week rather cool and breezy with many parts of the UK seeing some rain by the end of the week.

This sets the tone for May with low pressure approaching from the northeast Atlantic bringing showers and some longer outbreaks of rain. Western and northern parts of the UK will be the wettest with rainfall expected to be above average and it could be heavy and blustery. Central and eastern parts of England should see nearer-normal rainfall through the first half of May.

It’s not all gloom though with some drier and brighter days too and temperatures likely to hover around the seasonal average.

Here’s why the forecasters may not be right

There is a chance (fingers crossed everyone) that the low pressure remains further away to the west than forecast which would mean lengthier periods of dry weather for many.

But, best to be prepared for the risk of flooding. Homeowners and businesses often don’t realise that councils have no responsibility to provide sandbags if flooding is expected.

They must protect themselves to avoid the terrible misery of flooding and one way to do this is to have FloodSax alternative sandbags which are space-saving to store and easy to deploy. It means you have peace of mind and are ready for action 24/7 to prevent a flood.