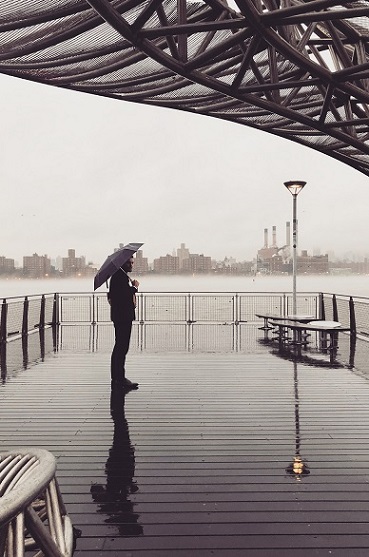 Heavy rain has a certain mournful beauty. Photo by Jessica Pamp on Unsplash.

Which are the wettest cities in the US?

Many people ask which are the rainiest cities in the United States so here’s a list of the top 15 – or bottom 15 whichever way you look at it.

The USA is such a vast country somewhere is being flooded just about every day … but which are the rainiest places in the United States? Below is a table showing the 15 wettest cities in the US and the amount of rain in inches and millimetres that falls there every year.

According to their statistics, the wettest place in the United States may surprise you as it’s actually Mount Waialeale on sub-blessed Hawaii which gets a mind-boggling 460 inches (11,684 mm) of rain each year, making it one of the rainiest spots on earth.

But if you want to avoid the rain in the USA the best place to go is Nevada which only has 9.5 inches (241 mm) of rain each year.

The wettest are the southern states due to their tropical climate which sparks tropical storms and hurricanes bringing exceptionally heavy rainfall. In Florida, for example, has 4 cities in the top 10 and the rainy season runs from May to October when thundershowers that build in the heat of the day drop heavy but brief summer rainfall. Late summer and early autumn tropical lows and some tropical cyclones - a large scale air mass that rotates around a strong centre of low atmospheric pressure - lead to late summer and early autumn rainfall.

So here are the 15 cities in the USA that get the most rain every year.

With all that rain flooding is bound to be a big problem which is why many Americans use FloodSax sandless sandbags to protect their homes and businesses from flooding. FloodSax alternative sand bags are space-saving to store and easy to deploy. It means people have peace of mind and are ready for action 24/7 to prevent a flood.