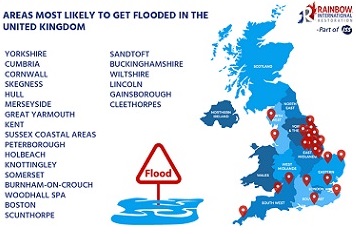 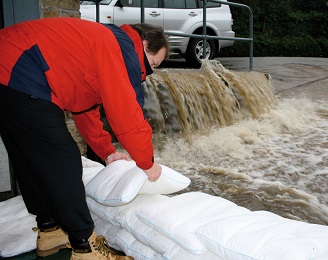 FloodSax alternative sandbags can stop a powerful deluge of floodwater 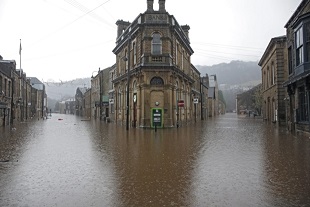 Which areas in the UK are most at risk from flooding and why?

The risk of flooding in the UK has never been higher with the Environment Agency reckoning one in 6 properties now thought to be vulnerable … but where is the risk highest?

An estimated 2.4 million people live in areas deemed to be at an immediate risk of flooding with a further 2.8m properties in danger of flooding from surface water.

This can be for all kinds of reasons such as the bizarrely-named ‘urban creep’ http://www.floodsax.co.uk/news/what-is-urban-creep-and-how-is-it-adding-to-flooding-problems/

The one in 6 properties countrywide facing a significant risk of flooding equates to 5.2 million so you’re far more likely to get flooded than burgled and as many as 4 in 10 businesses that have been flooded never reopen. The annual cost of flood damage each year in the UK is believed to be around £1bn.

Climate change is having a massive impact with the world suffering a 50% increase in rainfall and flooding in the last 10 years. Since 1910 there have been 17 record-breaking periods of rainfall but, worryingly, nine of these have happened since the year 2000. Just think of the catastrophic Boxing Day floods of 2015.

According to online publication Insurance Choice far too many homes are still being built on floodplains.

They state: “These floodplains are seen as attractive options by developers due to their flat topography. However, the nature of these areas of land make them more prone to flooding – along with any homes built on top of them.”

If you look on a map of the UK there is little doubt which areas are most at risk … and it’s predominantly the flatter areas such as east Yorkshire and Lincolnshire with large rivers running through them although western areas such as Cumbria and Cornwall which often bear the brunt of bad weather sweeping in from the Atlantic are also vulnerable.

It’s happening in major cities too with 57 London Underground stations thought to be at a high risk of flooding.

But these days with climate change and the risk of torrential rain anywhere at any time – summer, winter, autumn or spring – flooding is impossible to predict and it’s now estimated that a quarter of all flooding is happening in areas not thought to be prone to flooding.