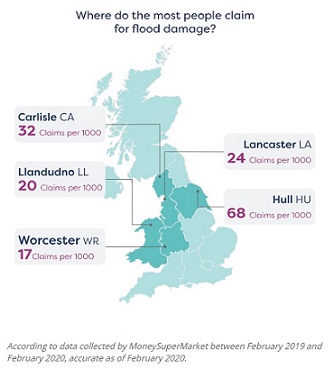 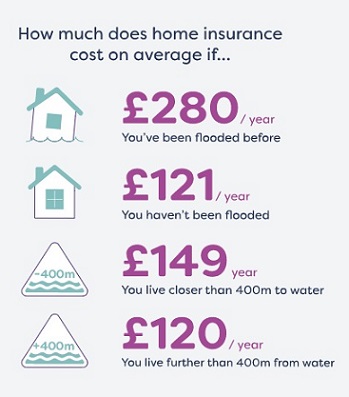 Which city is most vulnerable to flooding in the UK?

For price comparison website MoneySuperMarket has revealed the top 5 flooding hotspots in the UK when it comes to insurance claims and Hull has topped the list for the third consecutive year.

With 90% of Hull sitting beneath the high tide line the city is vulnerable to flooding with 6.8% of homes claiming on their insurance for flooding over the last 12 months. The slight chink of good news is that the Hull figure had fallen from 7.5% in the previous year.

The full results are:

MoneySuperMarket had analysed a year's worth of home insurance quotes to find out which areas have been most affected by flooding over the past year. The analysis found that, nationwide, an average of 0.7 per cent of homes claimed for flooding.

Emma Garland, data scientist at MoneySuperMarket, said: “As last month’s weather goes to prove, flooding is a devastating reality for tens of thousands of Britons with our data showing that Hull remains the UK’s flooding hotspot.

“If you live in an area prone to flooding it’s important to minimise the risk of damage to your possessions.”​