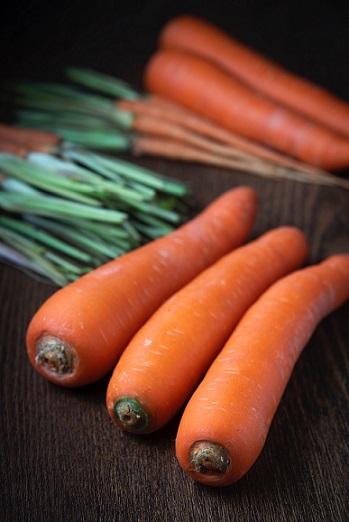 Carrots which could be a scarcer sight next spring. Photo by Chokniti Khongchum from Pexels.

Why carrots may be a scarcer sight this spring … but do they really help you see in the dark?

Bugs Bunny won’t be happy but children who prefer to steer clear of veg may well be rejoicing as there could be a carrot shortage in the UK this spring.

And it’s all down to the incredibly wet weather we’ve suffered in the autumn and winter.

According to Country Living online the British Carrot Growers Association has warned that the flooding – particularly in the North and the Midlands – has stopped farmers being able to lay straw to properly protect their carrots from frost. Farmers have also been unable to use some of their machinery on the wet ground.

The association reckons more than half of the UK's carrot supplies have been effected by the recent adverse weather in areas including Lincolnshire, Nottinghamshire, Yorkshire, Shropshire and Lancashire.

Spokeswoman Carol Russell said: “More than 50% of the carrot growing area in the UK has been affected. The only exception being those grown in East Anglia and Scotland. If we have a frost now or more wet weather then all the carrots that are not covered with straw will get damaged and be unsuited for the market. They’ll be rotten.”

One way businesses and homeowners can protect themselves from flooding is to have FloodSax alternative sandbags which are space-saving to store and easy to deploy. It means you have peace of mind and are ready for action 24/7 to prevent a flood.

A medium-size carrot has 25 calories, 6 grammes of carbs and 2 grammes of fibre. It’s an excellent source of vitamin A, providing more than 200% of your daily requirement in just one carrot. Carrots are loaded with beta-carotene, a natural chemical that the body changes into vitamin A. The deeper orange the carrot, the more beta-carotene you’re getting.

The urban legend that eating large quantities of carrots helps us to see in the dark was developed from stories started in World War II. British gunners were shooting down German planes at night and to cover up the fact that it was the effective use of radar technologies that was achieving this the RAF circulated a story about their pilots' high level of carrot consumption.

The world’s largest carrot producer is China which in 2011 accounted for over 45% of the global output. China was a long way ahead of Russia and the United States who are the second and third highest producers respectively.