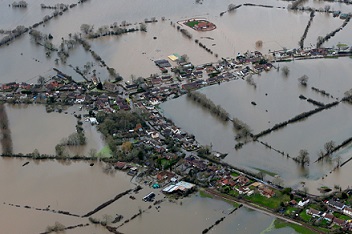 Flooding can be absolutely terrifying 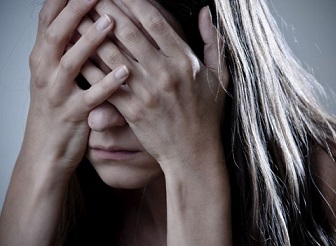 Why flooding can leave people with post-traumatic stress disorder

People are suffering from post-traumatic stress disorder (PTSD) after their homes or businesses have been flooded.

And many people who have had a bad experience from flooding suffer from anxiety every time it rains heavily.

The Guardian newspaper reports that research from the University of York and the Centre for Mental Health has revealed that people who have been flooded in the UK are nine times more likely to experience long-term mental health problems than the general population. PTSD was the most reported condition, but anxiety and depression were also common.

The Guardian reported on the case of 52-year-old Julie Blackburn whose home in Croydon, South London, has been flooded several times.

She has been diagnosed with post-traumatic stress disorder and said: “My husband and I don’t sleep when it’s raining. We take it in turns to stand at the window watching the rain – it’s just living in constant fear. You wouldn’t believe how long it takes to get over a flood and I wouldn’t wish anyone to experience it.”

Richard Bailey, managing director of Yorkshire-based Environmental Defence Systems Ltd which manufactures FloodSax alternative sandbags, said: “It’s really good to see a national media organisation highlighting the terrible impact flooding can have on people’s mental health. It’s one of the most devastating things that can ever happen to anyone and the consequences and misery can go on for months, if not years.”

Paul O’Reilly, a 67-year-old flood victim from Todmorden in West Yorkshire, said: “I get anxiety attacks when I read weather forecasts that predict awful weather. The threat of floods and heavy storms are triggers for me. I used to think rain was a nuisance, but then it became an enemy.”

Generally speaking, many people don’t realise that councils in the UK have no responsibility to provide sandbags so people are responsible for protecting their own homes and businesses from flooding.

To read the full Guardian story go to https://www.theguardian.com/environment/2020/dec/30/we-dont-sleep-when-its-raining-the-mental-health-impact-of-flooding